We will be adding shows as they slowly open up. Check back often and call to make sure we will be there! 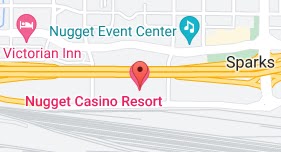 Often referred to as the championship of rib competitions on the national BBQ competition circuit, the annual Labor Day Weekend event spans more than 6 city blocks in the heart of downtown Sparks, Nevada. Two dozen of the country’s best BBQ teams competed for nearly $20,000 in prize money plus prestigious bragging rights! It is estimated that 350,000-400,000 BBQ enthusiasts take part of the festivities each year consuming more than 250,000 pounds of mouthwatering ribs during the 6-day festival.

In addition to the best BBQ around, a wide variety of activities are offered including a huge arts and crafts vendor show, Beer Garden, Kids Carnival, VIP Area and top named entertainment performing on two stages. There is no admission fee and the event is open to the public.